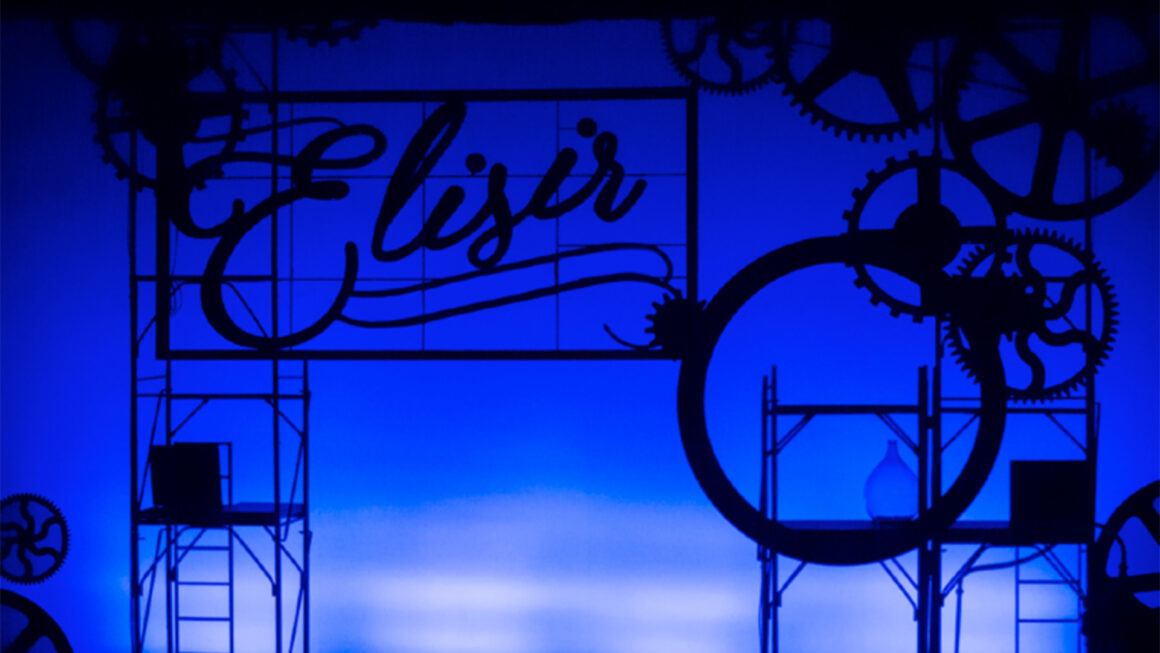 As it has for ten years now, the Festival opens with 200.Com A project for the city, in its 8th edition. The Arena is transformed into a film set reminiscent of settings and characters from Charlie Chaplin’s Modern Times or the Marx Brothers’ Animal crackers. The show is set in the factory that produces car parts, mechanical parts, the engine oil… Elisir! Sets and costumes as in a vintage sepia-toned postcard, stylized movements, actions built on the musical structure, expressionist lighting that generates deep shadows, are some of the characteristics of the unforgettable films mentioned in the show. Singers and characters recall funny and melancholic figures from the silent films by Charlie Chaplin, Buster Keaton, Marx Brothers, etc. The choir is one of the true lead of this adaptation: workers, secretaries, managers, cleaners, with physical gags will animate the Arena space, as if they were in Modern Times. Starring AsLiCo singers, winners and finalists of past editions of the Competition for Young Opera Singers.

This website uses cookies to improve your experience while you navigate through the website. Out of these, the cookies that are categorized as necessary are stored on your browser as they are essential for the working of basic functionalities of the website. We also use third-party cookies that help us analyze and understand how you use this website. These cookies will be stored in your browser only with your consent. You also have the option to opt-out of these cookies. But opting out of some of these cookies may affect your browsing experience.
SAVE & ACCEPT